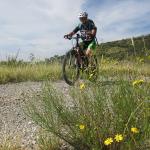 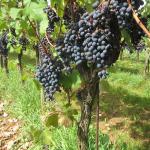 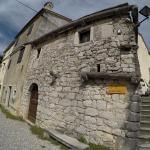 You will find several points of interest along the way. Before starting your journey, visit the baroque Stari grad Manor in Sežana, the adjacent city park, and the Tabor archaeological site. This prehistoric settlement dates back to the 2nd millennium BC and is the oldest known preserved settlement on the Karst. Sežana also features the Karst Vegetation Interpretation Center. Here, visitors can learn about the biodiversity of karst vegetation and its importance in shaping the karst cultural landscape in a fun, interactive way.

The day’s highlight is the village of Štanjel, one of the oldest settlements in the Karst. You can admire the typical karst stone houses, an impressive medieval castle and artworks by architect Maks Fabiani. To round things out, end the day at your final destination, the village of Lokvica, and see the several shallow ponds for collecting rainwater.

Several tree giants will greet you along the way: the most notable two are the European horse-chestnuts next to the Church of the Holy Cross and the 400–600 year-old white mulberry tree in the Fabiani Homestead in the village of Kobdilj. There are plenty of opportunities for sampling the typical culinary delights along the way.