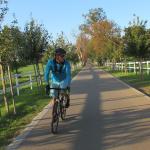 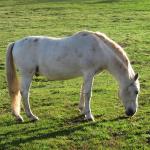 Before starting your journey, visit the baroque Stari grad Manor in Sežana, the adjacent city park, and the Tabor archaeological site. This prehistoric settlement dates back to the 2nd millennium BC and is the oldest known preserved settlement on the Karst. Sežana also features the Karst Vegetation Interpretation Center. Here, visitors can learn about the biodiversity of karst vegetation and its importance in shaping the karst cultural landscape in a fun, interactive way.

The road to the end of the first leg in the village of Ocizla is mostly paved. The first attraction is the Malanca Cave archaeological site or the more well-known site in the popular Vilenica Cave. Visitors are attracted by the interesting story of how the cave got its name. Take a pit stop in the village of Lokev to visit the late 15th century Venetian tower and one of the local homesteads.

A gradual climb leads to the highest point of this leg near the village of Rodik. Over the millennia, a stream has deposited about a kilometer long alluvial fan across the karst surface of the Matarsko podolje lowland. The final section of the day is a slight descent through Kozina to the village of Ocizla. The most interesting element of built heritage here are the old watering troughs. One is located to the southeast of the village and two large renovated concrete wells. The troughs were also used for laundering clothes in the past.