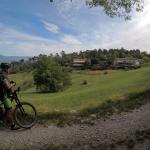 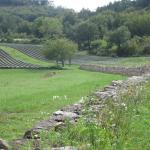 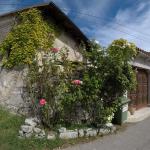 The next day, the tour continues on paved and grave roads and features a three kilometer section on single trails and the same length of dirt roads. There is a short, but steep descent between the villages of Sela na Krasu and Brestovica, then the road climbs gradually to the final point in Sežana.

Some of the points of interest along the route feature a well in Nova vas, the communal well in Brje pri Komnu, a series of hollows providing drinking water to cattle, as well as numerous mighty trees.